A recent resurgence of the Varsity Club has seen it become a contender on the Wellington Running scene. Over the past year, it has grown immensely and has turned into ‘the club’ to be a part of. This is a brief look into the club and the drivers behind it. 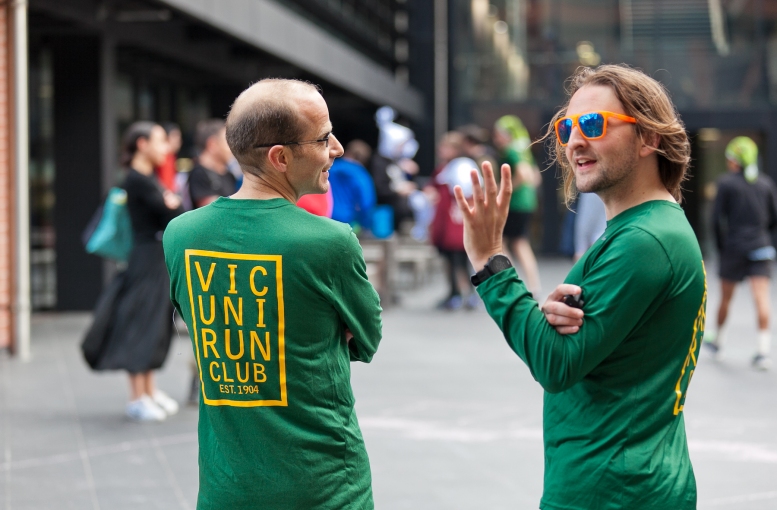 Vic Uni Run Club is Back

Victoria University’s very own Athletics club stands as one of the oldest clubs since the university’s establishment in 1897. The club shares its rich history with the university, with many past members also giving their names to many of the university buildings, Professors Easterfield, Brown, Kirk, Maclaurin, Mckenzie, Von Zedlitz and Hunter to name a few. Initially the club’s roots are firmly founded in the track and field side of the sport. However in 1932 the VUW harrier club was formed, with both clubs amalgamating in the 1990’s. 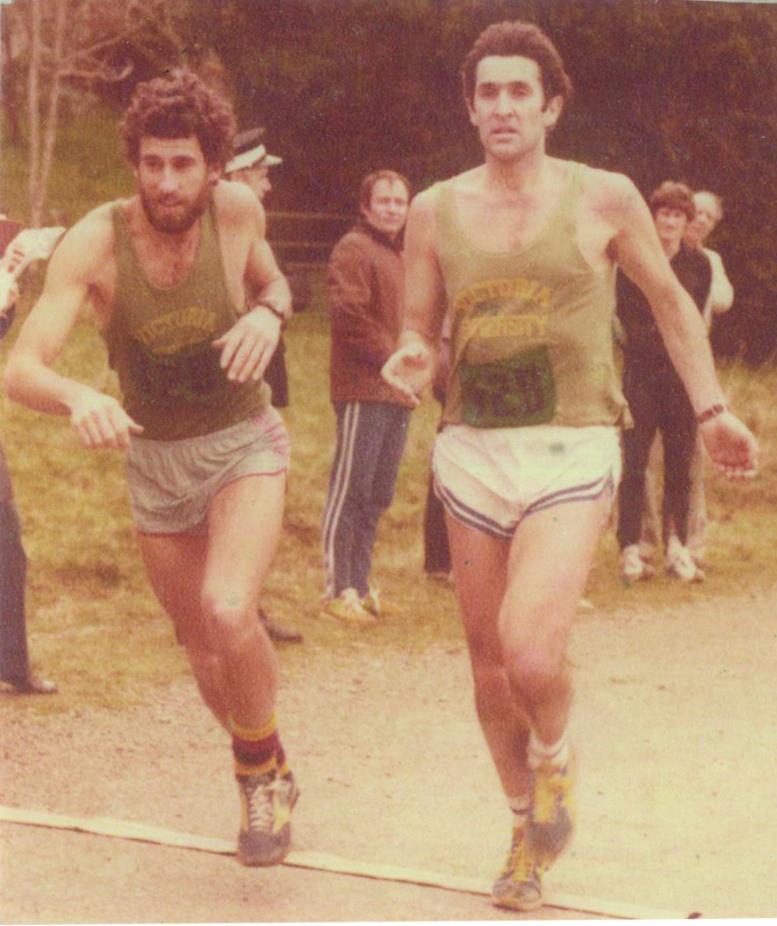 For the past 25+ years, the club has based its activity from the Southern Cross Garden Bar and Grill on Abel Smith Street, with their weekly run followed by post-match stories and refreshments. The club also organises one of the major events on the Athletics Wellington Calendar, the University Relays, a 4-person relay out on the Kapiti Coast. The club was sustainable, comfortably putting on their single event, with a few club members taking part in the local running calendar, but with no new student members, the future of the club was uncertain. Club numbers were dropping until the day Richard “the Visionary” Owen, met Glen “the Youth” Stricot-Tarboton at the University Clubs week in 2014.

Fast forward to 2016 and enter Dan “the Chat” Hunt, keen to get back into club running after a few years of pursuing ultra-running. Along with Dave “the King” Kettles, the club gets to work. After a fairly regular club presence on the local cross country and road calendar, the club submits a team into the pinnacle of the club running calendar, the NZ Road Relay Champs. Starting from the bottom, the team qualifies for the C-Grade (Lowest grade). A second place in this grade gives the club a taste of victory. We can do it.

Over the past year, a complete rebranding has taken place with the development of a club Facebook page, a website, a gmail, new running singlets, and the introduction of the Vic Uni Run Club.

“We found trying to get students into running and having them meet us at a pub in town was very daunting, with runners rarely coming for more than one time. So we started up the ‘Vic Uni Run Club’. The idea was simple. Get new runners to meet at a common place, the Recreation centre on campus, and cater for everyone that comes on the night. Loosely adopting the ‘no man left behind’ attitude where we could. From this, we’ve managed to get regular runners who have no interest in racing for the club but are quite interested in the social side of running and meeting up every week for a yarn around the suburbs.”

Throughout 2017, the club has made firm statements on the Wellington running scene with the senior men’s team gaining 3rd place at the Dorne Cup and the Wellington road Running Championships.

Last month (October), the club attended the NZ Road Relay Champs 2017 in Rotorua again, this time sending off two teams. The Senior Men’s team this year qualifying for the B-Grade, and a social composite team. Both teams did exceptionally well, with the social team placing 6th out of 20 teams. The senior men’s team exceeded expectations by bettering their time from last year around the Lake Rotorua by over 15 minutes and placing 6th.

Last Friday saw the first ‘on campus relay’ as a collaboration between the Athletics club and the Recreation Centre as an initiative to promote exercise on campus. The event was a success, with 12 teams taking part. From experienced runners, to a team from the Recreation centre and the emergency response team, to work teams and teams from other clubs at uni, everyone ran around the course and smiles were everywhere at the end! 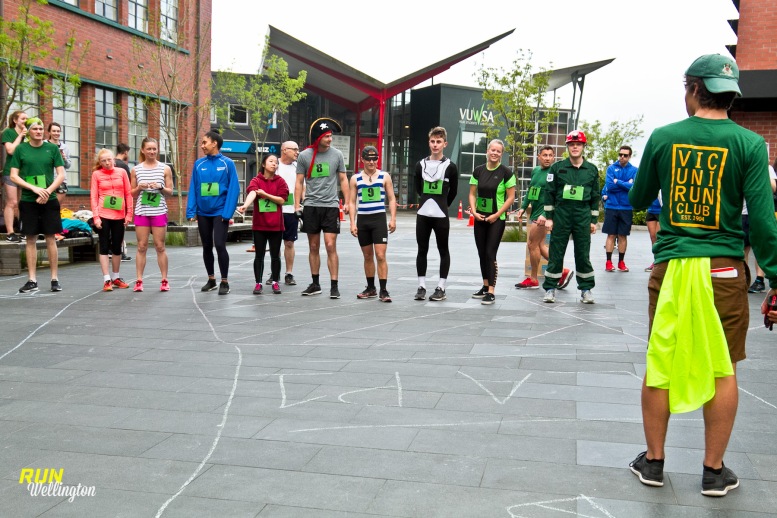 Relay Participants Dressed for the occasion 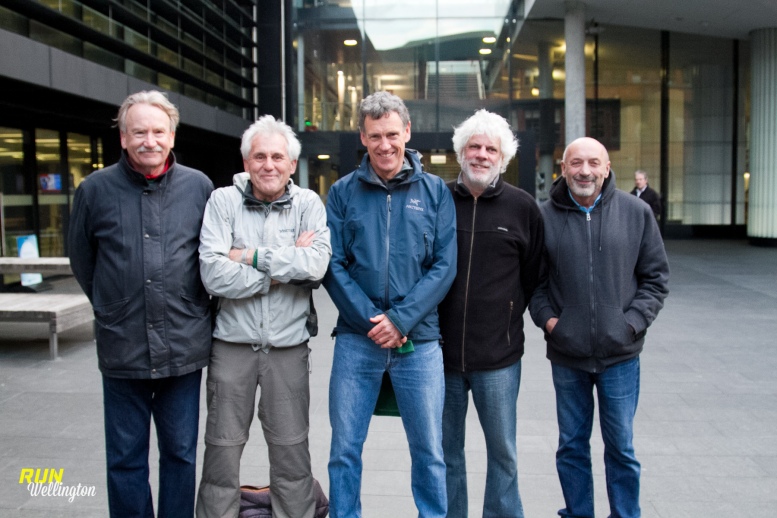 The club is working hard to become more competitive individually and as a club in the Wellington running scene, while continuing to have fun and within a social culture. Strong ties are being developed with the VUW Recreation Centre, with both parties working hard to build a strong running community at the University. By doing this, the club has begun to contribute more to the Wellington running scene in general.

Club Info: Come and see us at the Vic Uni Run Club, or get in touch with us through one of the various media platforms we’re on!

Vic Uni Run Club – Based from Recreation Centre at the Kelburn Campus, we go running every Monday night leaving at 6:30pm. Shower facilities and Lockers are available for runners to use free of charge. Everyone welcome!

Made with ♥ from Run Wellington – Content Vic Uni Run Club

Check out our latest story about Trails Wellington & the EPIC work they are doing building trails for #runners & #mountainbiking #runwellington #trailswellington
Have you signed up for our Endurance Training event happening on 31st March at the ASB Sports Centre? Registration link in bio: ☝️Also check out our training plans for @thewuu2k presented by @rere.run on their website. #runwellington @jameskueglercoaching @rere.run #endurance #coaching #trailrunning #trailrunningnz
Skyline walkway on a summer day should be on the cards for everyone who loves a bit of hills on their adventures
Happy Friday 🎉 Do you know where this trig is? Comment below!
Are you training for a running event? Come join our group if you’re aiming to complete or compete over any distance. Our group is made up of experienced runners who can help you get started or get you that elusive PB you’ve been chasing. No matter your ability or distance you are aiming to achieve we will get you there by helping you with a structured & progressive training plan.
How good was your run today?
Excited to announce that training plans for the WAI2K event is now available via our link in bio.
A stunning winter’s day in the coolest little running capital #runwellington
Good day to run up a hill